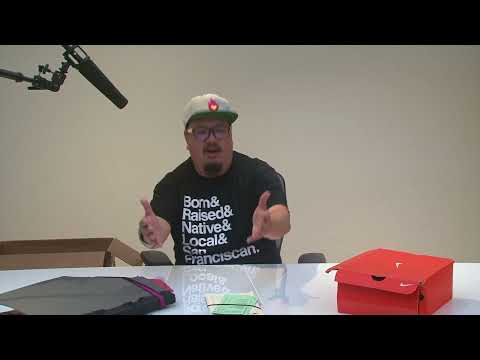 In this series of one-act solo plays by writers in the BIPOC community, we feature works commissioned by City Lights and released on video so that all will be able to experience them. The first play is the beautiful Lola Cooked Our Food by Jeffrey Lo. Directed by Michelle Talgarow, the play stars Chuck Lacson and was filmed and edited by Erik Gandolfi.

We initially released Lola in 2021, and are once more making it available to watch on demand in June 2022 — and including it as part of a special event on the big screen on the City Lights stage! Learn more about the June 19 screening.

In Lola, Jordan (Lacson) opens a scrapbook to find a myriad of memories of his late Lola (Tagalog for Grandma). This is no sentimental journey. “She was one of the strongest, toughest, scariest and drama-loving people you could ever meet,” Jordan says. But there’s an emptiness when she’s gone, and Jordan sets out to understand — and fill — the space his Lola left in his life.

Lola creator Jeffrey Lo, a Filipino-American playwright and director based in the Bay Area, is also the author of Waiting For Next, which began its world-premiere run at City Lights in May 2022. Among other honors, he is a recipient of the Leigh Weimers Emerging Artist Award and the Theatre Bay Area Director’s TITAN Award. Jeffrey also directed the acclaimed production of Qui Nguyen’s Vietgone at City Lights in the spring of 2022.

Michelle is a Kalmyk/Filipina theater maker who has worked in the Bay Area for over 25 years. She is a proud member of the artistic company of Shotgun Players (Berkeley), where she co-coordinates The Champagne Staged Reading Series and will direct her first mainstage show, Man of God, in fall 2022. She is also proud to be a member of the all-AAPI theater collective Ferocious Lotus.

Chuck has been acting and producing in the Bay Area for over a decade, with credits including Cowboy vs. Samurai (Asian American Theater Company / the Pear Theatre), Black Henry (Atlantic Pacific Theater), Dogeaters (Magic Theater), and There’s the Moon and then There’s You (Bindlestiff Studio). His artistic home is Bindlestiff Studio, where he serves as a resident artist and board member.