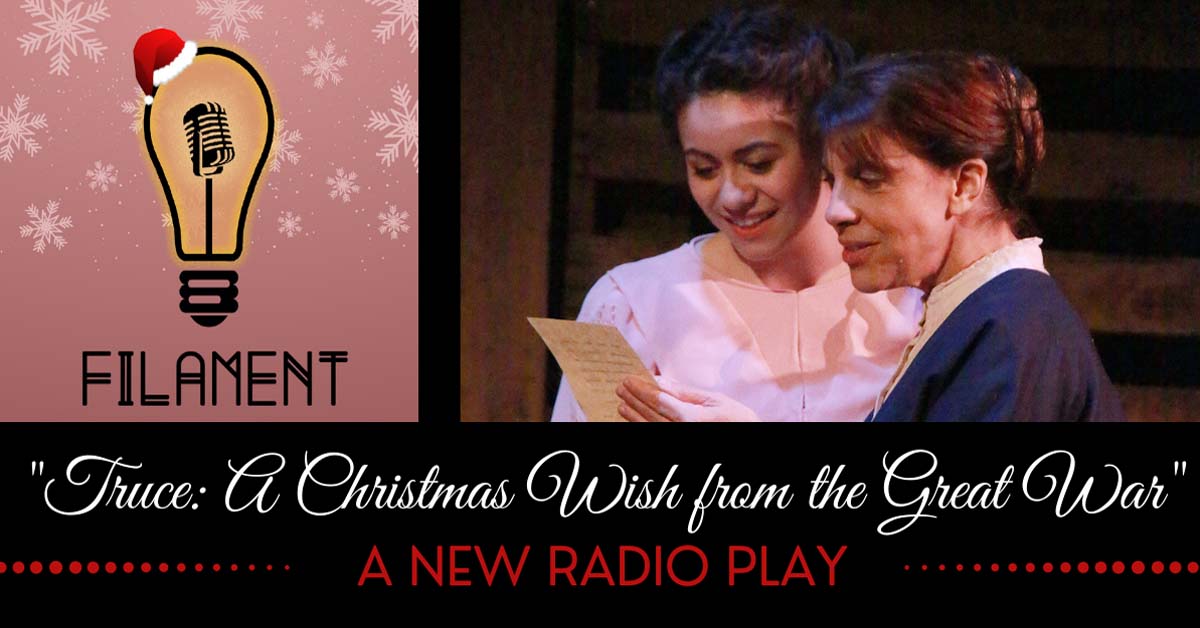 Truce: A Christmas Wish from the Great War, written by Kit Wilder & Jeffrey Bracco, and directed by Kit Wilder, had its world premiere on the City Lights stage in 2014. This moving play based on the real-life story of the World War I Christmas truce was such a hit that we’ve brought it back as a new radio play to warm you during a difficult season.

To donate, please visit cltc.org/donate or TEXT a donation to 8339203003. Comments, feedback or questions? Email us at filament@cltc.org!