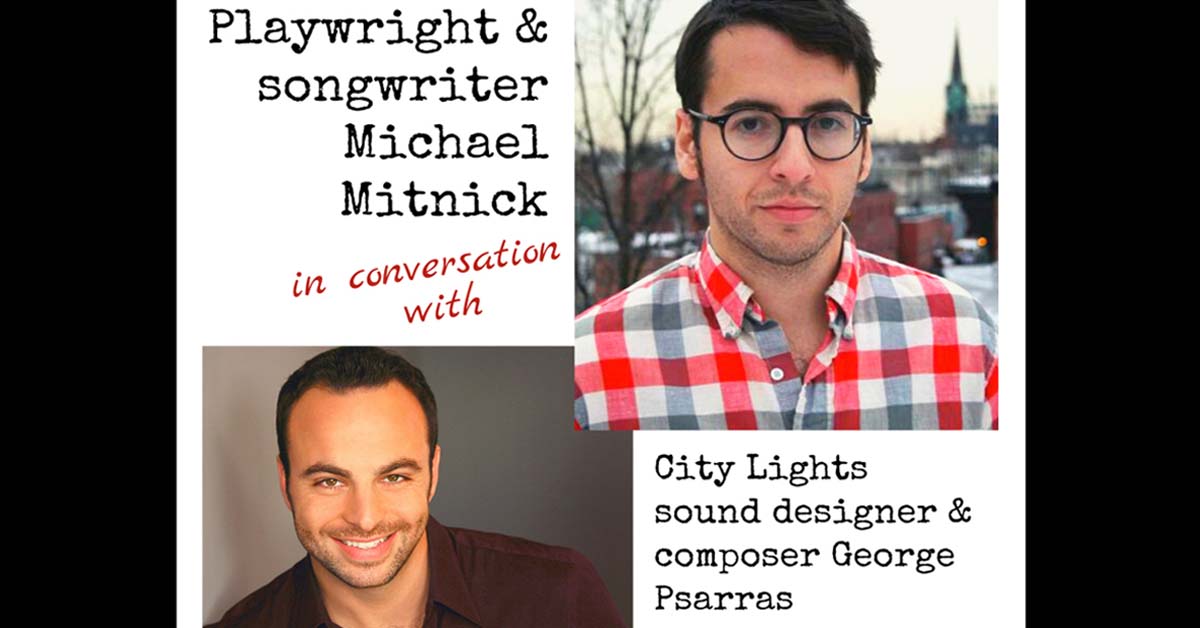 The Giver with Meryl Streep. The new musical Scotland, PA, which the New York Times called “a kick-ass party.” The City Lights world premiere Spacebar: A Broadway Play by Kyle Sugarman. These are just a few of the highlights on writer Michael Mitnick’s resume. A playwright and songwriter, Michael also writes for film and TV, and is a City Lights associate playwright and longtime friend of our company, where we proudly premiered Spacebar in 2013 and presented the romantic comedy The Siegel in 2018.

We were thrilled to share a special evening with Michael on City Lights’ streaming series The Next Stage in March 2021, in conversation with City Lights actor and sound designer George Psarras. Now enjoy the program in audio form.

To donate, please visit cltc.org/donate or text 833-920-3003. Comments, feedback or questions?  Email us at filament@cltc.org.